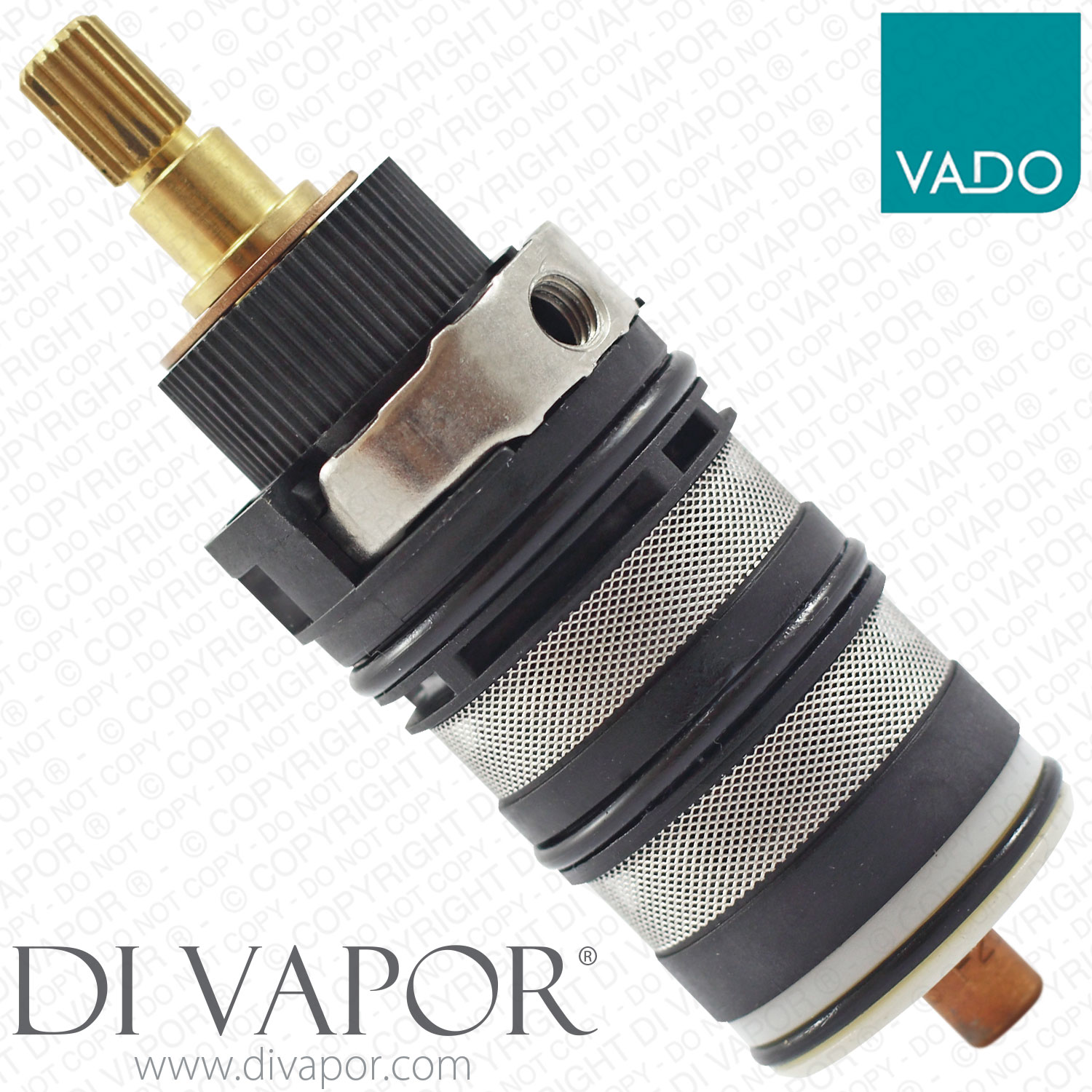 Vado V-001C-PLA thermostatic cartridge which is used on the following Vado shower valves:

The Vado V-001C-PLA is a polymer plastic thermostatic cartridge. Older versions of the shower use a fully brass cartridge. Please contact us if you’re not sure what is the version of your Vado shower valve. This will ensure you are buying the spare part your shower requires.

For some showers, it is hidden under a screw cover. Pop-out the screw cover and remove the grub screw. Pull to remove the handle.

– Temperature Control Handle Removal
Remove the grub screw from under the handle. Press the override button on top of the handle. Pull to separate the handle from the valve.

– Removing the Wallplate
Slide the Vado V-001C-PLA temperature stop ring out.
Note: Please remember the position of the temperature stop’s stop point (this is the elevated part on the stop ring). The stop should be returned in the same position when you reassemble the shower valve.

Unscrew the cover plate ring and all the subsequent rings until you reach the wallplate. Gently pull the wallplate to remove it.

– The Isolation Valve
The isolation valve is the screw on top of the two hexagonal nuts on the sides of the thermostatic cartridge. To turn off the supply of hot and cold water, use a flat head screwdriver and turn each of the screws clockwise to tighten; do not overtighten.

To test is water isolation is completed: sit the flow control handle on top of the flow cartridge and turn it fully on. Make sure you are not under the shower head when testing as a safety precaution to prevent injuries. The absence of water flow will tell that you have successfully isolated the supplies.

(To open water supplies, use the screwdriver and turn the isolation screws anti-clockwise. The head of the screw must be slightly higher than the surface of the hexagonal nut.)


Di Vapor provides over a hundred plumbing supplies for Vado shower repairs. These are in-stock spares and ready to ship. Same day despatch for purchases before 3:00 PM (Monday to Friday).
shipping & Returns 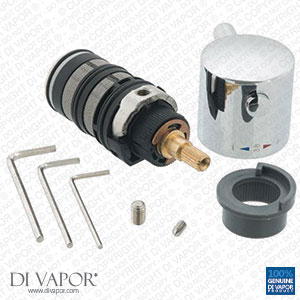 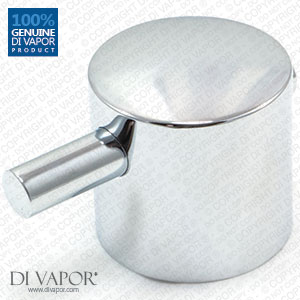 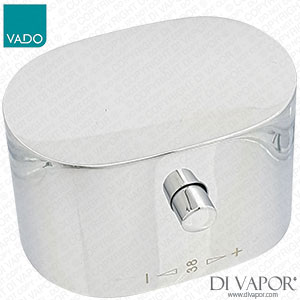 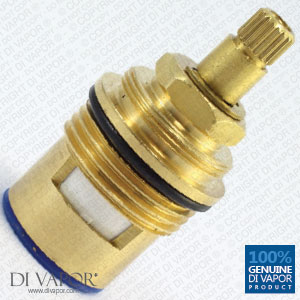 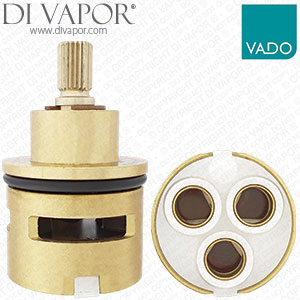 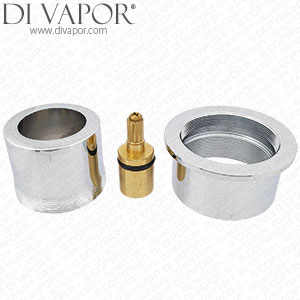 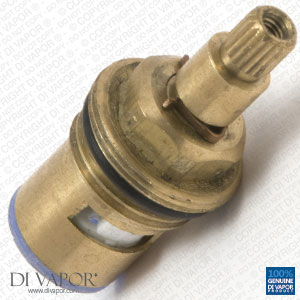 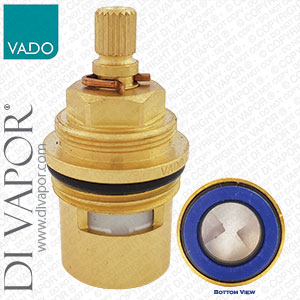 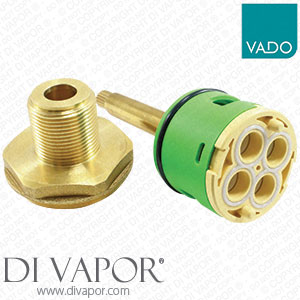