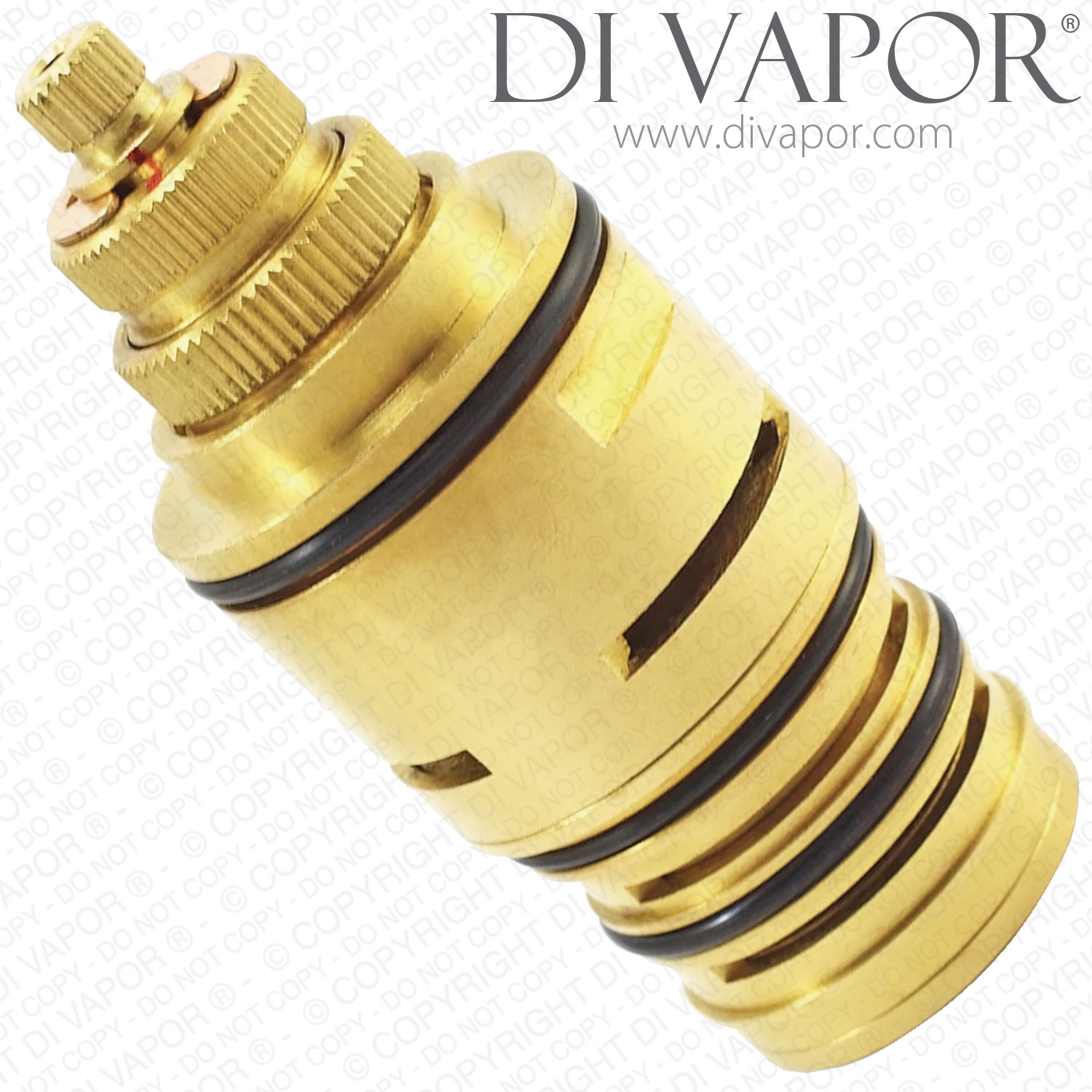 Thermostatic cartridge assembly for Triton 83310120. We dispatch this cartridge the same working day if you order before 3pm. The original version of this cartridge is discontinued, therefore you'll receive a compatible version.

We guarantee we are the cheapest price in the market for this cartridge.

Must you have any queries regarding the 83310120 Triton replacement thermostatic cartridge – or need help finding the shower spares you need – please leave us a message or chat us up via WhatsApp (contact info: 07379 120664). Di Vapor’s friendly spares experts will gladly respond to your messages.

The Triton 83310120 thermostatic cartridge is used in several Triton shower mixers pre-April 2010 and will fit into the following mixing valves:

For detailed dimensions, please have a look at the technical diagram in the photos section above.


We have a number of Triton shower spares in stock and ready to make its way to you! So, browse our catalogue. You may find exactly what you need.

The thermostatic cartridge replacement for Triton 83310120 is used in the Dart, Altessa, Alterna Amala, Sentiment, Norina and Cassini shower valves. These are some questions and answers regarding the cartridge including information on how to remove it from the valve.

Question - Can this shower spare be serviced?
Answer - Triton says the 83310120 shower cartridge is non-serviceable.

Question - The handle has become stiff to turn and operate. Do I need a new Triton 83310120 cartridge?
Answer - A stiff temperature control handle is usually a problem with the thermostatic cartridge seizing up. Replacing the cartridge will make the operation feel like new.

Question - When the shower is turned off, water leaks behind the central dial / spindle. What's the problem?
Answer - It sounds like the 83310120 Triton thermo cart has its watertight connection with the inside of the mixing valve compromised. Replacing the thermostatic cartridge will likely fix the leaking problem.

Question - How do I remove this Triton 83310120 shower cartridge?
Answer - First you'll need to turn off or isolate the shower's water supply. Then remove the shower valve handles by undoing the grub screw with an Allen key.

- With the handle removed, there is a large nut that needs to be unscrewed to remove. The 83310120 Triton cartridge can then be pulled out. You may find that the cartridge is difficult to pull, so try wiggling it while pulling (a log of force may be needed to dislodge it from the valve casing).

Question - I can't remove the fixing nut. It won't turn, even with a lot of force but I don't want to destroy the thread on it. How can I remove it?
Answer - There is a great smart trick here to get it undone. As metal expands when heated, boil some water in the kettle, being very careful not to burn yourself, pour some boiling water over the nut. The nut should expand, loosening it from the cartridge. Then try removing the nut, tapping the spanner / pump pliers / wrench with a hammer to get it moving.
shipping & Returns 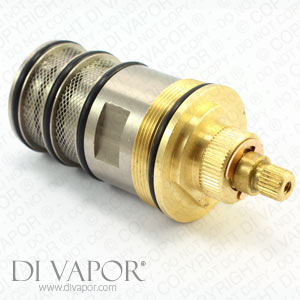 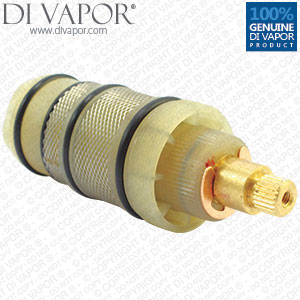 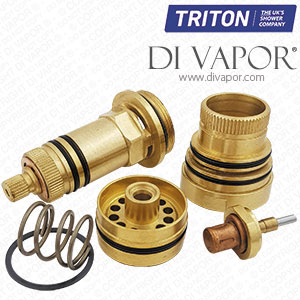