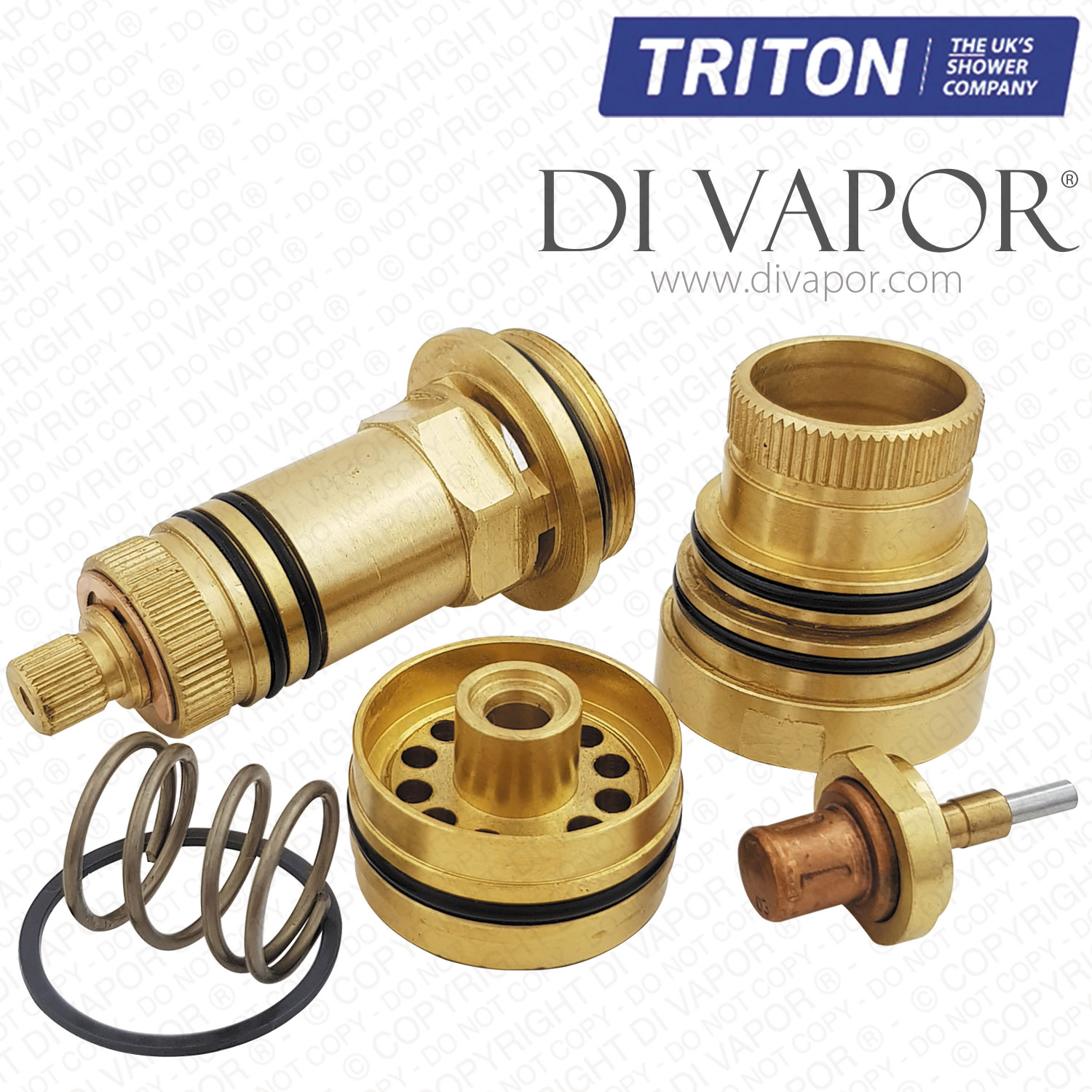 The Triton 83312810 cartridge is used in a number of different Triton shower mixers including:


Need a different cartridge?
+ Check out the list of Triton shower spare parts that we have ready to ship. Or you can search for the particular part you are looking for using our search box at the top of this page.


Please message us via our shower spares finder if you have any questions about the Triton 83312810 or need assistance in identifying shower or tap valve parts.
+ You can also reach us on WhatsApp (07379 120664).
We are here to help with your spares needs!

Question - There is a large nut which is at the front of the 83312810 cartridge assembly which needs to be removed to take the thermo cart out, however, the nut won't turn? Which way does it turn and how can I get it open?
Answer - We'd suggest the following if you can't get the nut off the front of the shower.
- Step 1: Spray the nut with a loosening agent such as WD-40 and then leave it for as long as you can (i.e. a day, with a few more applications of WD-40.)

You will need to turn the nut anti-clockwise. Usually, if the nut is seized and won't turn it is more effective to tap the spanner with a hammer. This tapping applies more focused energy into the turning of the nut as opposed to trying to turn it with all your strength and is obviously a lot safer because there is the chance of injury if the spanner slips off the now slippery nut (please make sure that the spanner you use has a perfect fit). If this doesn't work, try Step 2.

- Step 2: This is more of an unconventional method that may help to loosen the nut. Get a hair drier, put it on a hot setting and blow onto the nut. This will cause the nut to expand and hopefully cause the nut to loosen. The concept behind this is that the nut, having less volume than the main body of the Triton 83312810 thermostatic cartridge will expand quicker and separate the threads. Again, try the tapping method mentioned above when the nut is hot.

Question - The shower temperature keeps getting hot and cold even though the temperature handle hasn't been adjusted?
Answer - First, ensure that the shower is receiving a constant feed of hot water. If it is then the problem will most likely be a thermostatic cartridge failure, which means you'll have to replace the cartridge.

Replacing the cartridge with a new 83312810 should fix the temperature issue. 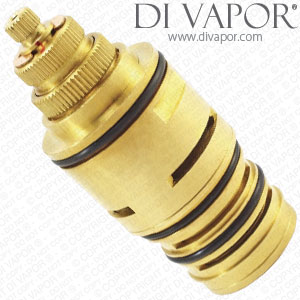