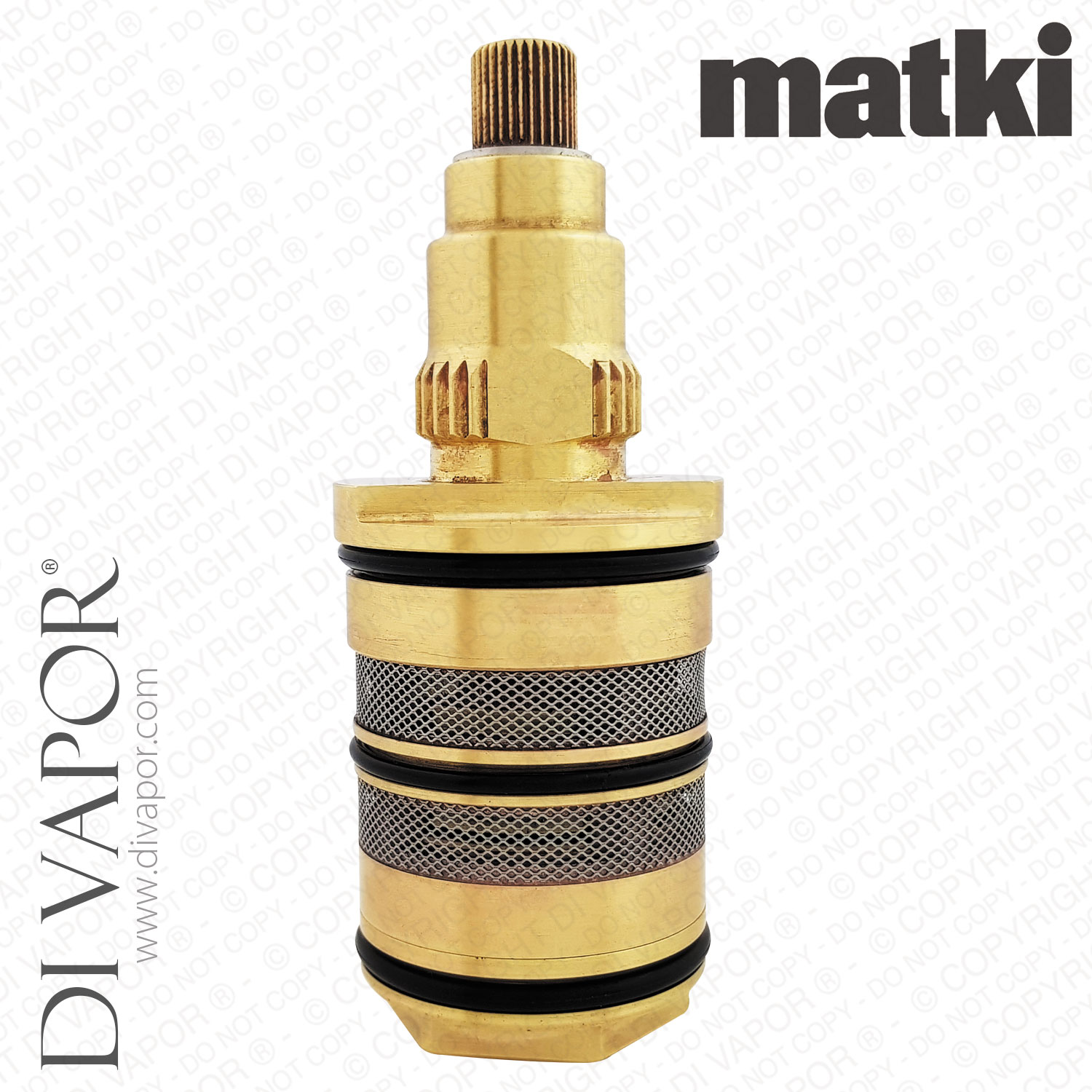 Part Number: MATKI-SB1222
Out of stock - Ask a Question now
Price: £292.00
SALE: £151.83
You save: £140.17 (48%)
Price includes VAT
Unfortunately, this specific item is now discontinued and can no longer be purchased from Di Vapor. See the description below for alternatives or scroll down this page and see the associated 'Other items'.
Wrong Item? Click to see More
*** ITEM DISCONTINUED ***

This cartridge was made by Vernet in the early 1990's and the original brass version has since been discontinued. The brass version has now been replaced with the most reliable and better performing polymer version, which can be seen in image 4.

Frequent Questions
Q. My temperature is locked at one, very hot, temperature – is this part of the problem?
A. It’s hard to say, because unless your cold pipe has a blockage then the problem is almost certainly the thermostatic cartridge within the shower. With a seized cartridge, the hot and cold mixing cannot take place and a replacement should be sought out.

Q. My control handle knob appears to be leaking. How likely is it that my thermostatic cartridge has gone?
A. It’s likely that the problem will be the cartridge, yes. This can happen as the leak is coming from the primary area – the other only likely option is that the valve has deteriorated badly and needs to be replaced. Other than that, then you could investigate the hot and cold valves to ensure that they are in fine working order.
shipping & Returns