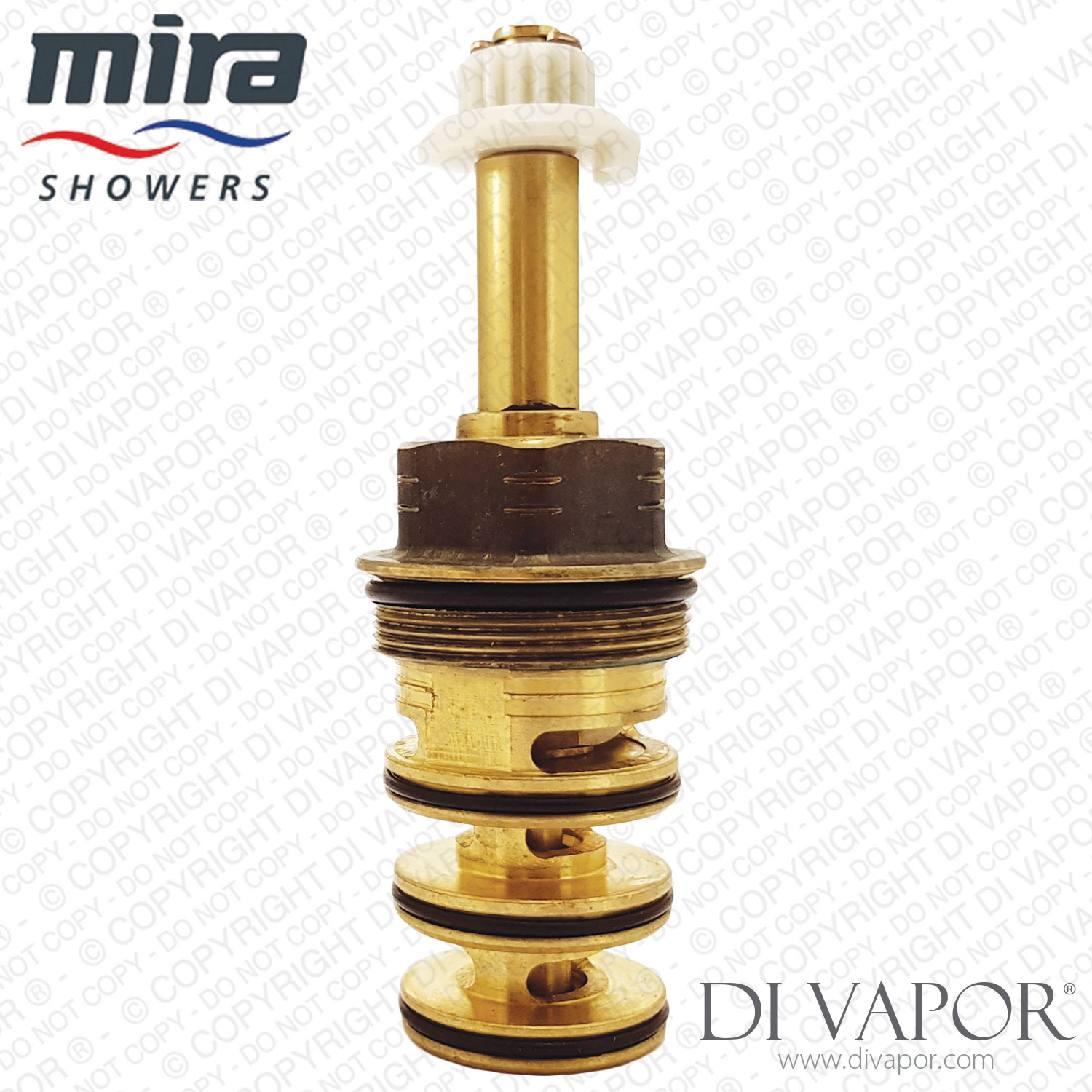 This genuine Mira Flow Cartridge can be dispatched on the next working day when ordered before 3:00 PM, Monday to Friday.

Built-in or concealed shower valves are assembled right into the wall of a shower room. A number of valves models like this have two control handles: one for modulating water temperature through a thermostatic control handle and another for adjusting water flow via a handle containing a flow cartridge. The Mira 915 B and Rada 915 B, which are concealed shower valves, come with two handles.

Regulating how strong water flows from the shower head is one of the key components in having a good showering experience. About 15 GPM (gallons per minute) of water at 80 PSI (pound-force per square inch) pours out of a shower system. Strong water flow speed might hurt a young or elderly shower user. Weak water flow might be insufficient to have a decent shower. Thus, it is imperative to have a well-functioning water flow control.

The MIRA-902.86 is an example of a flow cartridge. As you turn the shower on, it enables the cartridge to open the contraption providing an outpour of water. Turning the shower control handle to the off position closes the aquiferous duct.

Frequently Asked Questions
Q: Why is the control knob of my Rada shower stiff to turn and flow is poor?
A: A control handle can be hard to turn off and on due to sedimentary accumulation right inside the valve. This can be addressed by cleaning the cartridge and valve itself. Inadequate water flow can also be attributed to the build-up. If the sediment is too tough to remove, the 902.86 is a replacement part for the built-in Rada 915 B.
shipping & Returns