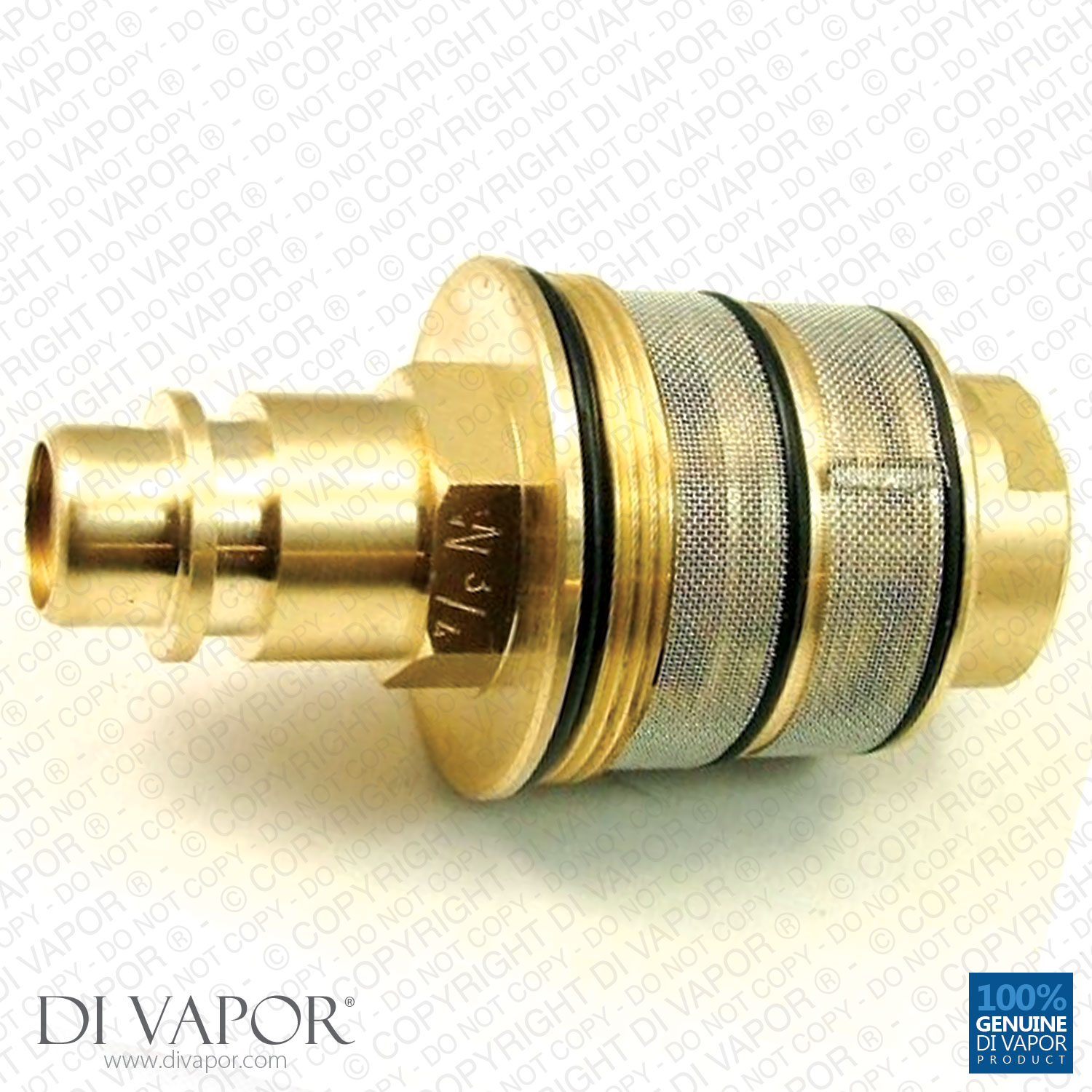 This Dornbracht 09150205590 shower cartridge is used on the following shower mixer valves:

Question: I have Dornbracht shower that is leaking. I can’t remember the valve model. Is there a way you can help me?
Answer: To know is the Dornbracht 09150205590 is what you need, you can use our spare part finder by going to the link and sending us an image of the cartridge or valve. We will do our best to respond to you as quick as possible during our open hours. (If the message is sent on a weekend, we will get back to you first thing on Monday.)

If the leak is coming from the on/off handle, the flow control clutch assembly might have worn out and needs replacing.

Question: I’m getting weak flow from my shower and the water temperature is not warming up. Is the thermostatic cartridge the problem?
Answer: Have you checked if the supply pipes are okay? If it is not blocked and the shower unit itself is functioning properly, the Dornbracht 09150205590 thermostatic cartridge might have gone faulty due to seizing or calcification. Changing the cartridge is a long term solution.


Simple Tip:
Greasing the O-rings of the new Dornbracht 09150205590 spare part prior to installing it is an important step in shower repair.


We provide other Dornbracht spare parts such as thermostatic cartridges and temperature handle carrier.
shipping & Returns