Would you like a sauna sausage?  That’s what I was asked when I was visiting some friends in Finland last summer.  I had no idea what a sauna sausage was at the time although logic told me it was a sausage cooked in a sauna.  It turned out I was absolutely right!

I was offered two different types of sausages, one had cheese in it and the alternate didn’t.  Sauna sausages are called sauna Makkara in Finnish.  I opted to try both.  The sauna which my friends had was approximately a 3 hour drive north of Helsinki in the Finnish countryside at their summer cottage.  The home sauna is located on a lakeside with picturesque views and not a car or any other man made noise to be heard.  It was incredibly peaceful; quite an apt setting for my first sauna sausage experience!

After 5 minutes I took a sauna sausage out of the sauna and sat on the decking wood looking out over the lake and pine forests.  The sausage tasted fantastic and without a doubt the most special sausage I’ve ever had.  I put the sausage down on the plate, swallowed my last bite and jumped in the lake; refreshing!

I climbed back out, ate the rest of my sausage and entered the sauna again.  It was a perfect evening if you ask me!  Sausages just simply taste better in saunas!

The latest Sauna World Championships ended in tragedy on Saturday 7th August 2010 when one of the finalists died. Vladimir Ladyzhenskiy, a Russian amateur wrestler in his 60’s, along with rival veteran Timo Kaukonen both collapsed with severe burns after about 6 minutes into the round.

Sadly, Vladimir Ladyzhenskiy died late on Saturday. Hakon Eikesdal, a Norwegian photographer reported that both were shaking and bleeding from what appeared to be severe burns. Ossi Arvela, a competition organiser said that the competition will never be held again after this tragic occurrence. Timo Kaukonen is reported to be in stable condition in hospital as of Sunday.

Tapio from Lahti, Finland comments: “I’ll begin by saying that the temperature or the duration of the stay aren’t the worst parts, it’s the humidity that hurts and in this competition 0.5 litres of water is tossed on the hot stones every 30 seconds. That’s what I call insane! Most Finns don’t look up to these people who just want to see who has the biggest tolerance for pain by scalding themselves. I for one enjoy bathing in a sauna and feel that sauna is a nicely warm place for people to escape daily routines, not about searing oneself. If anyone of you ever visit Finland and still – after this horrible incident – dare to visit a sauna, please do! It just might change your minds!”

It’s that time of year again – Quite the challenge if you ask me, but one that these folks take on board with great dedication. The concept – Stay in the sauna the longest and you win. Seems pretty simple really, but when you realise the temperatures they’re playing with, this is no relaxing endeavour. This is an event that works up a great deal of sweat whilst competitors simply sit still.

The 10th Annual Championship took place in Heinola, Finland, over the space of a weekend with 160 men and women from 23 countries pitting their wills against one another. It was to no surprise of the audience, to see the Finns dominate for the 10th year running.

Finnish born Timo Kaukonen won the men’s only event by lasting in the sauna for 3 minutes and 46 seconds. The women’s title was taken by Russian born Tatyana Arkhipenko with an impressive 3 minutes and 9 seconds.

Now you may be scoffing at those times, especially with my use of the word “impressive”. However, please take into account that the saunas they used were heated 110C with half of litre of water being poured onto the stones every 30 seconds! This makes it everything a relaxing sauna isn’t, which is normally heated to around 70-80c.

Former President of the Philippines, Mr Joseph Estrada has revealed that the secret to his trouble free health has been due to his daily use of a sauna. Estrada claims that he doesn’t believe in skin care products, health supplements, surgery that defies ageing or sunblock. He states that his sauna health regime quite simply involves a 30 minute sauna session every single day, which he has kept strict to over the last 50 years.

“I don’t take vitamins, I just make sure I have my sauna once a day for 30 minutes. I’ve been doing it for 50 years and it’s the reason I don’t get sick,” said Estrada, at a television interview for THE STAR who at 72 claims that he in perfect health. After having a complete executive health check at the Cardinal Santos Hospital in San Juan City, Estrada requested that the results of the check-up be made public.

“The figures speak for themselves. You see, I’m pretty healthy” he declared with confidence. Besides from having recovered from osteoarthritis just over four years ago, where he underwent knee replacement surgery, Estrada’s records show just how well he has kept himself.

An individual instance such as this one is yet another testament to how remarkable using a sauna regularly can actually be for your health. With many different sauna options now easily accessible to the general public it seems that you can’t deny yourself this life luxury any longer.

The ex-prime minister Tony Blair and his wife Cherie have decided to create their own home spa haven at their new country home in Bucks. They are planning to install a conventional sauna along with a steam room to add the finishing luxury touch to their £5.75 million pound mansion.

Blair, 56, whose anthem was ‘Things Can Only Get Better’ when he swept to power in 1997 – will start a New Labour of his own if the sports pavilion gets the go ahead. Plans have been submitted to Aylesbury Council and include two changing rooms, a shower, kitchenette and play area.

Recently, the Blairs received listed building approval to turn a derelict cottage on their estate into a two-bedroom guest house. It will be used on weekends by children Euan, 25, Nicky, 23, Kathryn, 21, and Leo, nine. Unfortunately, the submission of the plans landed them in hot water with some of their neighbours who opposed the idea. The Blairs bought South Pavilion, the former home of Sir John Gielgud, in 2007 and have five other properties around the county.

I think you’ll find the Blairs will agree, there’s no better way to de-stress than a good ol’ sauna session.

It is a well known fact that more people are ill over the winter season than any other as “cold-related” illnesses run rampage throughout the population. It’s important to remember that keeping our bodies natural defences running at maximum is key in fighting through this festive time, whilst maintaining good physical and mental well-being. Here are our top tips this Christmas! 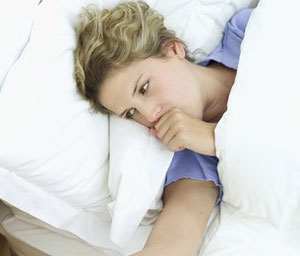